Get to know Plovdiv, Bulgaria’s oldest city. Honoured as the European Culture Capital of 2019, it’s the oldest inhabited city in Europe. The Romans, Greeks, Thracians, Byzantines and Ottomans have all called Plovdiv home.

On your private tour of Plovdiv, you’ll visit the historic Bachkovo Monastery, Asen’s Fortress and have a personal walking tour so you can fully experience everything this ancient city has to offer.

Get to Know Plovdiv

Located in the skirts of the Rodopi Mountains, Plovdiv has survived for thousands of years at the crossroads between the Middle East and Western Europe.

With it’s more than 6000-year history, Plovdiv is the oldest continually inhabited city in Europe. Different eras of history are reflected in the city’s architectural landmarks, with Ottoman, Thracian, Roman, Greek and Byzantine cultures all being present.

The city is also known for its ethnic diversity. Many of its inhabitants belong to the Armenian, Jewish, Turkish, Roma and Greek ethnicities, all of which have a strong influence on the city’s cultural life.Plovdiv was also named among The New York Times’ list of 52 places to go in 2019.

The full day tour from Sofia to Plovdiv, Asen’s Fortress and Bachkovo is an all-seasons tour and can be organised at any time of the year. Each season has its own charm and will give you the opportunity to learn more about the magnificent history of the European Capital of Culture 2019 – Plovdiv.

Plovdiv invites you to explore its ancient places, monuments and artefacts as you unfold its rich historical and cultural heritage. One of the symbols of Plovdiv is the Roman Odeon, the ancient theatre which seats 350 people. The Odeon was restored in 2004. In ancient times it was built to serve as the seat for the local town hall. Then it became a place for staging performances.

The most imposing monument from the ancient settlement which stood where Plovdiv now does is the antique stadium. It was modelled on stadium at Delphi. The facility could accommodate up to 30, 000 spectators.

No visit to Plovdiv would be complete without venturing into the Old City. The picturesque buildings here are a real lure for keen photographers. Their designs are characteristic of the Bulgarian Revival period, with roofs covered with the easy-to-spot tiles.

There are also the typical town houses of the 17th century, sometimes simply referred to as “Plovdiv houses”. These are symmetrically built, have tanks for storing rain water, spaces for shops and wells in their yards. Some of the old houses even have Turkish-style bathrooms with clothes washing facilities. Most of the older houses are also decorated with murals. Some of these can be seen from the outside, but many more are viewable inside. The ceilings have wood-carved decorations which are true works of art.

As well as the architectural points of interest the Old Town offers, it’s also a place of old-fashioned charm. You’ll find not only eye-catching buildings and museums but also eateries which welcome connoisseurs of cuisine of all kinds.

Plovdiv’s Roman monuments offer a whole world of fascination. They include the Roman stadium and the Roman forum.

The Roman forum was the hub of activity for townspeople and a thriving centre for commerce, shown in the host of shops and public buildings nearby. It’s one of the places which demonstrates the significance of Plovdiv to the ancient world and dates back to the first century. It’ll be part of your Plovdiv city tour, located in the centre, close to the Roman Odeon.

Experience the beating heart of this ancient city

Plovdiv’s peculiar atmosphere can be felt as soon as you step into the pedestrian zone. You’ll be instantly surrounded by fascinating sites, including the city’s largest park, founded in the middle of the nineteenth century. Here you’ll find the Singing Fountains, a unique attraction which combines the freshness of water and an interplay of music and light. Close by you’ll also find “The Buttons”, another fountain which is a symbol of the city.

Outside of the park, fans of shopping will find opportunities galore. The diverse shops lining Plovdiv’s main street offer an abundance of souvenirs, essentials and luxury goods.

If you’re taking the time to visit some local shops, you’ll by necessity pass by the ancient Roman stadium. This divides the main shopping street in two and features a fully restored archaeological complex.

It’s not something you’ll want to miss.

Book your tour of Plovdiv

Find out more or book your tour of Plovdiv today via our booking form. You can also call us or email us at your convenience. 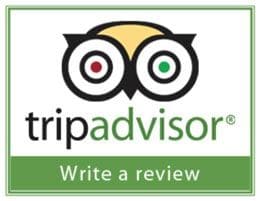 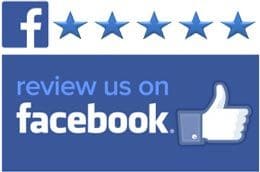